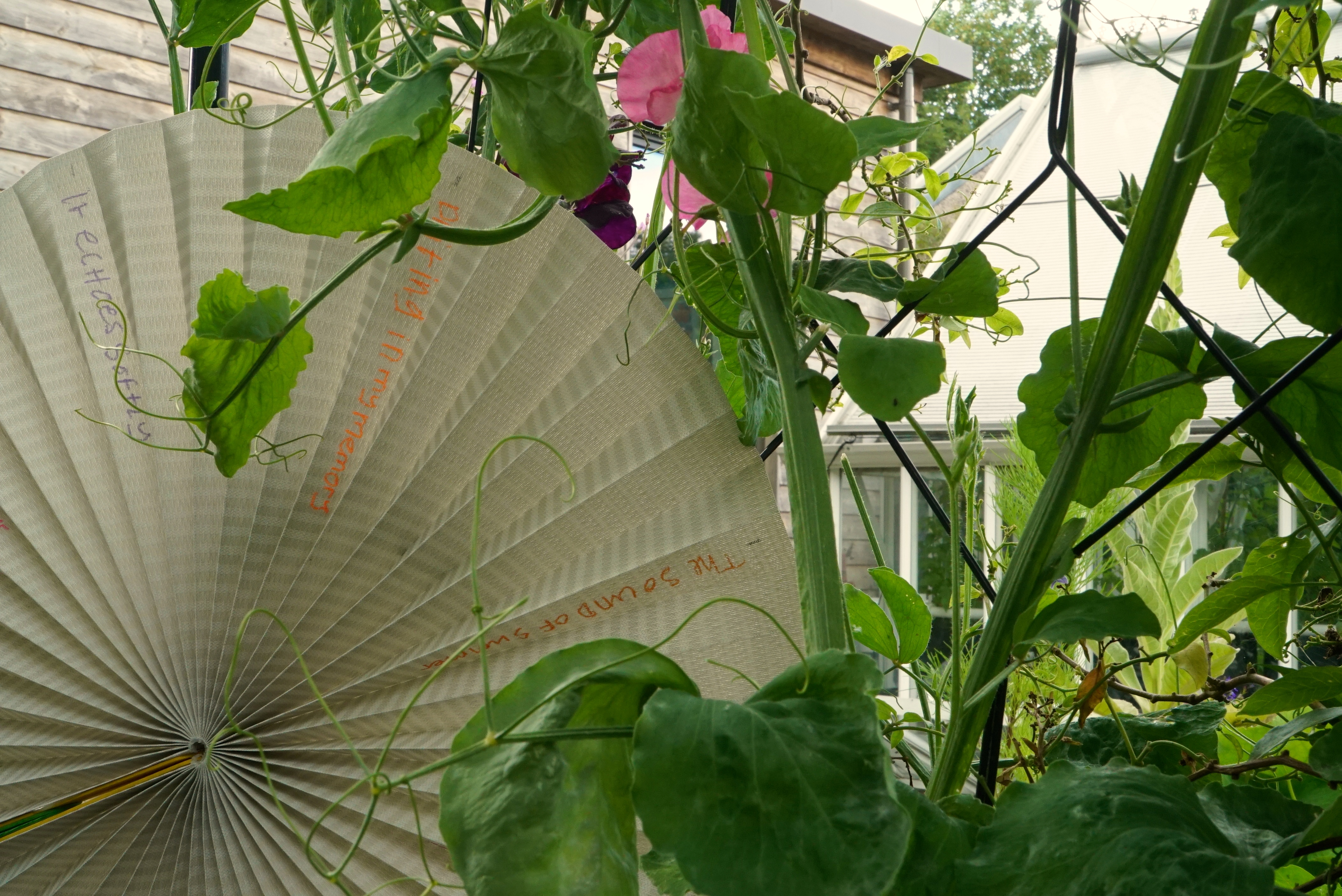 I have decided to ask for a letter for Christmas.  Watching fans being made and written on during our Fanmail workshops was like watching Christmas presents being wrapped and unwrapped. So much was poured into the fans and so much pride was taken in making them as beautiful as possible – to be given away.  Like the process of writing a letter, we didn’t know how each fan would turn out or what it would say, until it had come into being. We learnt things about ourselves in-the-making. Why, for example, do I want to hide this message in the depths of the folds? And why did I choose the largest, shiniest paper for this person’s fanmail?

The letter I want for Christmas doesn’t have to be on a fan, but if I was writing it, (and perhaps I will be) I know the fan would help me. Like using a gift to communicate a feeling, I’ve seen that fans can hold half of the meaning in a non-verbal way. Like walking, one step left, one step right, the fans make their communication with words and image in step with each other, pulling each other along. It’s very effective!

What better gift than a letter, given a bit of help by beauty? What more beautiful than a fan, enriched with very-meant words?  Fanmail’s new, hybrid language has taken flight this year and it’s been both glamorous and gratifying.