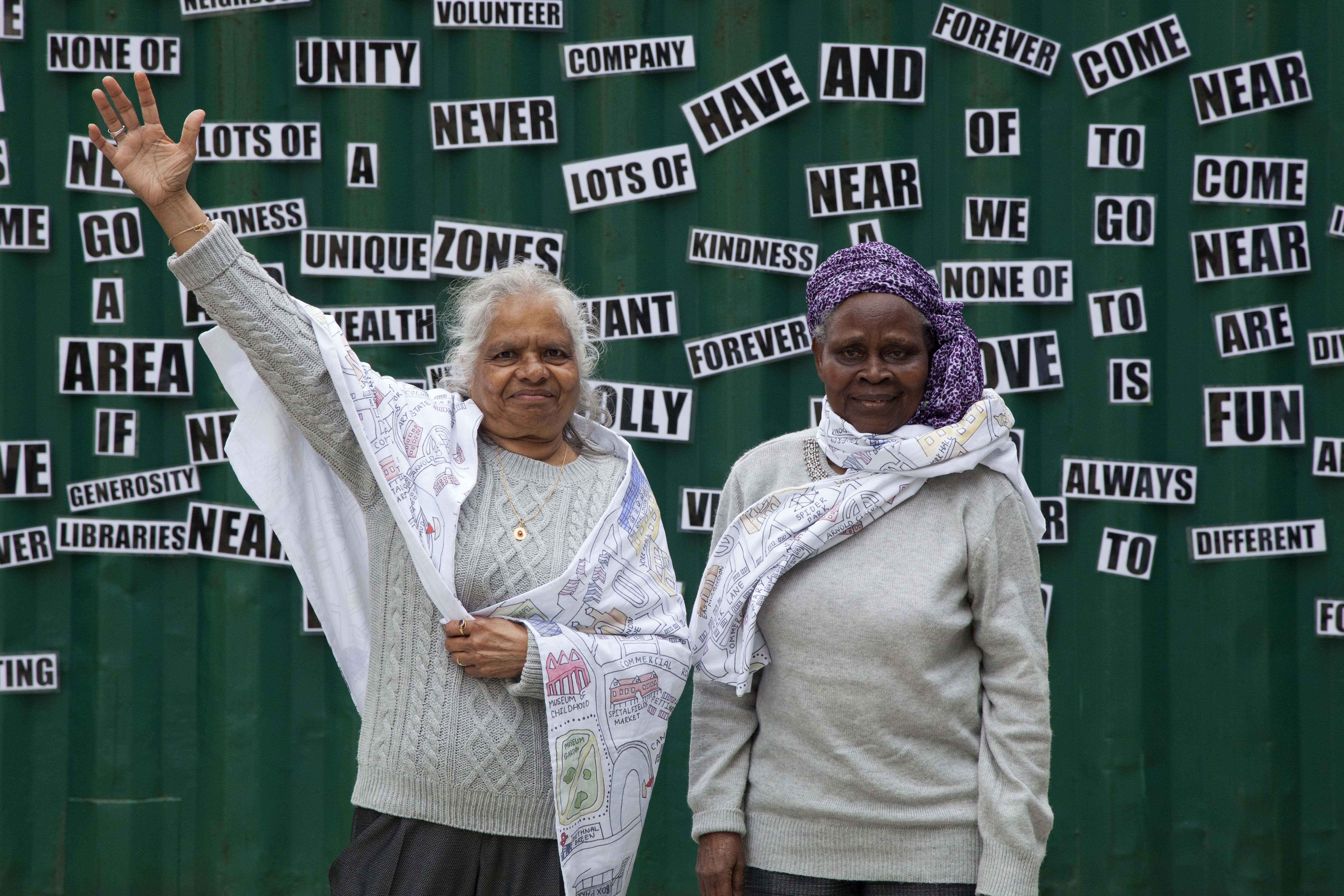 ROOMS WITH A VIEW
A year long project with Magic Me and Raj Bhari from Talk for a Change, exploring the multiple narratives of place.  Working with an intergenerational group of East Londoners we collected and shared our very different perspectives. The resulting show Speak as You find played to packed audiences.

I LIVE IN IT
The first part of the Gratitude Enquiry came to a beautiful end on March 17th as part of International Women’s Day at Mulberry School for Girls.  “Pure, authentic, heart-stopping”

Bread was piloted at Ovalhouse with their young artists and Stockwell Good Neighbours. baking formed the heartbeat of the project while we shared stories, and used the rhythm of making and waiting that baking gives to inform improvisations where bread was a crucial character.

Fanmail, where beautiful fans were created and used to carry messages, hidden and public, took place both at Sydenham Garden, where we created a beautiful installation for Sydenham Festival, and then as part of the Nour Festival

SPINNING BUTTERFLIES
In early 2015 I directed a collaboration between Central St Martin’s Design and Performance students, a North Westminster Community Group and The Royal Albert Hall.  This take-over of all the backstage areas of the Hall, alongside their annual visit from Raymond Gubbay’s Production of Madam Butterfly was an exhilarating and eclectic re examination of Butterfly

WILD WILD WOMEN
In 2014 I completed the 11th annual intergenerational project for women, at the Bishopsgate Institute, with Magic Me and Mulberry School for Girls. OUT SPOKEN was an exhibition of striking photographs, created by the regroup with Anita McKenzie, which we launched with a spoken word performance and open mic for ‘out speakers’!

Wild Wild Women, a report on the ten years of work at the Women’s Library has been published online and in print by Magic Me.